Introduction to "The Homes of Bertrand Russell"

Introduction to "The Homes of Bertrand Russell"

Leonard Woolf wrote that the house in which one lives “is the framework of what one does” (Downhill All the Way, p. 14). Russell had approximately 20 main residences in England, Wales, China and the United States. There were other places that he lived in briefly. He moved for a variety of different reasons: the death of his parents, marriage and marital breakdowns, work, and family responsibilities. Russell was married four times. His wives were responsible for finding, furnishing and making Russell’s various homes comfortable as well as hiring and supervising domestic staff. Russell never learned how to cook – he rarely even made tea. The ideal home for Russell always had a separate study where he could write, a view, and a garden.

When I was working with Kenneth Blackwell in early January 2019 in the Russell Archives Reading Room, he pointed out a quotation to me from Russell’s appearance on the Brains Trust of 3 May 1948. “I’ve always infinitely preferred the country to the town … because the country is full of beauty, and full of delight, and in the country one can have time to think and time to work….” This caused me to review Russell’s homes with this in mind. He was both born and died in the country. What large cities did he live in? I could think of six: Paris, London, Beijing, Chicago, and Los Angeles. Apart from London, the time spent in the remainder of the cities could be measured as less than a year for each. Much of his life was spent in the countryside: Wales (three times), the very rural Richmond Park, Oxfordshire, Cornwall, Sussex and in the United States, California and Pennsylvania. He spent considerable time in small towns and villages. Finally, there is the anomaly of Brixton Prison which provided neither beauty nor delight but gave Russell time to think and work.

The articles that appear here are revised from what was originally published in the Bertrand Russell Society Bulletin from 2011 to 2019. New information continues to arrive in the Archives; other information surfaces from time to time in the Archives by serendipity. More photographs are included. Space constraints limited the number that could be published when the articles first appeared. Also, new photographs have been discovered. I would like to thank my three Bulletin editors: David Blitz, Michael Berumen and William Bruneau.

This webpage will launch with three articles. New ones will be added regularly.

Capsule descriptions of most of his homes were published as The Homes of Bertrand Russell (McMaster University Library Press) in 2018. Articles on two of his homes and a London flat had not been written when Homes was compiled. 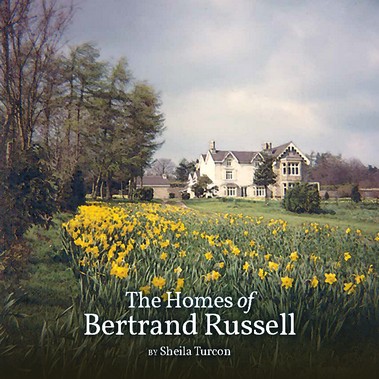